One of the most important and difficult questions at the negotiations over these two weeks is how to balance curbing carbon emissions while supporting the growth and development of developing nations. India, the fourth largest carbon emitter in the world, along with other developing countries are demanding that they receive the right to continue to emit carbon for at least the next 15 years to support their growth, even if that means developed countries like China and the US become carbon negative. Nations like China and India which have experienced unprecedented development over the last thirty years have relied on carbon emissions and many developing countries like Venezuela and Brazil look to mimic this development in the next few decades. 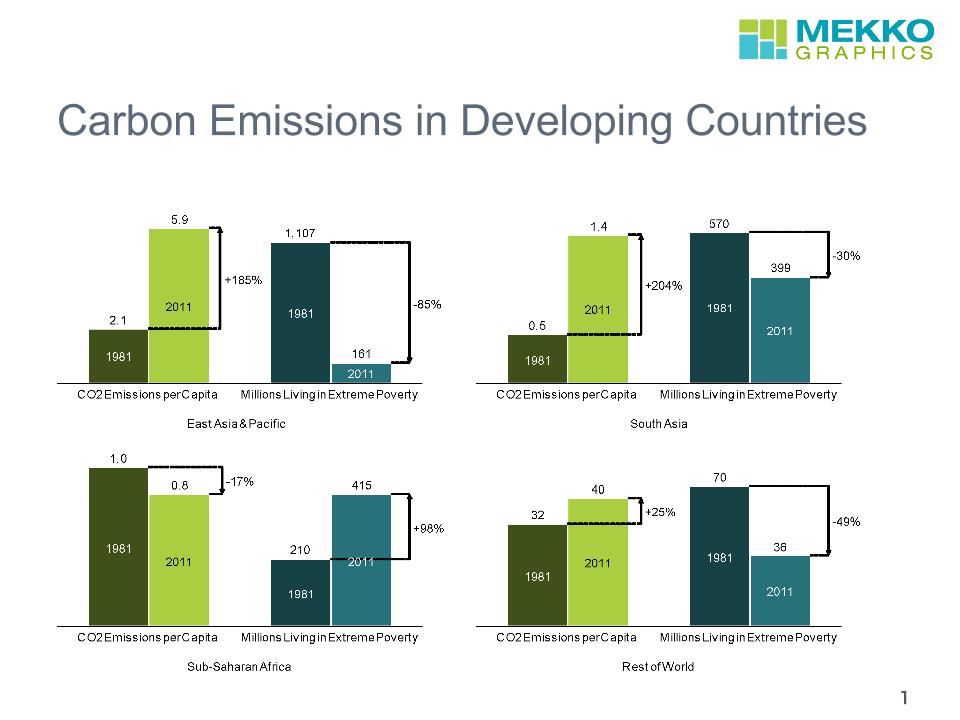 The graphs above chart metric tons of carbon emissions per capita next to millions living in extreme poverty in East Asia & Pacific, South Asia, Sub-Saharan Africa, and the Rest of the World for the 30 years. What is clear that regions that have seen extreme reductions in poverty over this time period, specifically East Asia & Pacific and South Asia, have also increased their carbon emissions by almost 200%. The only region that has decreased its carbon emissions over this time period, Sub-Saharan Africa, has seen its millions in extreme poverty double.

Reducing poverty rates is at the top of many of the developing nation’s agendas, which makes it extremely important that developing nations either figure out how to become carbon negative, or and more likely, support research and technology aimed at decoupling development and carbon emissions.